Changing the System Mindfully. Are we imprisoned by our unexamined concepts??? 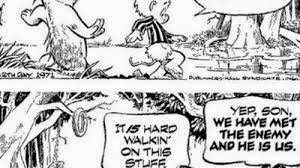 Humanity is imprisoned by a heartless monetary system, co-dependently arising from dichotomy of man and nature, self and society, ecology and economy, and public and private. How is the system fabricated? How do we awaken from our collective delusion and suffering? Please share this blog for Contemplative Social Action to Cultivate a Culture of Awakening! "Do everything with a mind that lets go" - Ajahn Chah

Buddhist Perspectives on Money and Economics

Visit our New Facebook Learning Group:
New Economic Paradigm: Mindful Buddhist Economics & System Change
I wanted some interesting response on the 2012 Millenium Koan (on Money) posted five years ago in this blog, yet have not received any feedback or comment so far.

Here is an interesting and insightful article on 'Money for Nothing' by David  Loy written in 2003. How would a Buddhist system of 'money' look like?

I raise some questions about ignored aspects of Economics, including money and a way to move forward compassionately in my article 'Breaking Free' in 2010 after presenting a workshop on 'Deep Conscious Capitalism' in Sakyadhita International Conference of Buddhist Women in Bangkok Thailand in 2009 and a paper on 'Dharma Economics' in same forum in 2011.

The term “Buddhist Economics” was popularized by E. F. Schumacher in his book Small Is Beautiful: Economics as if People Mattered. In Schumacher’s view, the goal of Buddhist economics is “the maximum of well-being with the minimum of consumption.”

Joel Magnuson, Author and economics Professor at Portland Community College offers alternative to mainstream economics in his 2008 book Mindful Economics and 2017 book From Greed to Wellbeing: A Buddhist Approach to Resolving Our Economic and Financial Crises.

“In reviewing the history of modern economics, Magnuson offers a Buddhist critique of the value system it relies upon, arguing that modern economics is fueled by the Buddha’s ‘three fires’ of greed, aggression, and delusion. These poisons, he says, are embedded within our financial institutions and are responsible for our attachment to ‘growth’ as the only measurement of economic success..." - Tricycle Buddhist Review

According to Clair Brown, Professor at UC Berkley and Author of Buddhist Economics: An Enlightened approach to Dismal Science in 2017:
"We can reprogram our economic system to create, measure, and evaluate what we value, to develop well-performing economies that provide meaningful lives for everyone while protecting the planet."

the Gross National Happiness conference in Bhutan in 2015. Bhutan's Prime Minister Tshering Tobgay shares his country's mission to put happiness before economic growth and set a world standard for environmental preservation in this 2016 Ted Talk.

Thai monk Ven P. A. Payutto's book Buddhist Economics: A Middle Way for the Market Place, 1992 is available for download.

Google Debt Capitalism and Susmita Barua. She argues the whole financial superstructure of Capitalism and modern market economy is anti-democratic and built on the wrong view of money as an instrument of (all public and private) debt. Wrong view (of life and world) arises from unwholesome volitions of mind (like greed, hate and delusion of separate self). What is right view? Can we design a sustainable system based on deeper inclusive order of interdependence, and self-organizing regenerative system of thinking?

More literature on the subject.

"One holds wealth not for oneself but for all beings." The Anguttara Nikaya

Appamado mahato atthaya sanvattati: "Mindfulness is conducive to great profit". In the absence of mindfulness it is just impossible for a man to make the best of his learning and his precious human birth. -[SN, Sagathaka Vagga ]

“I write to you from a disgraced profession. Economic theory, as widely taught since the 1980s, failed miserably to understand the forces behind the financial crisis.”- Economist James Galbraith, Senate Crime subcommittee on May 4th, 2010:

"Like slavery and apartheid, poverty is not natural. It is manmade and it can be overcome. Millions of people are trapped in the prison of poverty. It is time to set them free. Sometimes it falls upon a generation to be great. You can be that great generation." - Nelson Mandela, 2005

"We hold these truths to be self-evident, that all men (and women), free (and enslaved) are created equal, that they are endowed by their Creator with certain unalienable Rights, that among these are Life, Liberty and the pursuit of Happiness.--that to secure these rights, Governments are instituted among Men (and Women), deriving their just powers from the consent of the governed,---that whenever any form of Government becomes destructive of these ends, it is the Right of the People to alter or to abolish it, and to institute new Government, laying its foundation on such principles and organizing its powers in such form, as to them shall seem most likely to effect their Safety and Happiness." - The (updated) US Declaration of Independence, 7/4/1776

Another World is Possible

Another US Necessary. Lookup Buddhist Peace Fellowship in USSF2010.Org

Exploitation of Africa, her land and people. Finalcall.com 2/24/2009

Out of $2.2 trillion expense on US health care, $1.2 trillion goes to waste each year. CNNmoney.com 8/10/09 [A 50% waste reduction can cover 50 million uninsured!] Cleaners, Recyclers, Childcare workers are worth more to society than Bankers, says NEF. BBC 12/14/09

“The budget of the United States is $687 billion for defense. And for climate change, to save life, to save humanity, they only put up $10 billion. This is shameful.” Evo Morales, Copenhagen Climate Summit 12/15/2009

@ Nine US banks together paid $32.6 billion in bonus while they received $175 billion worth funds from the US. - Source, 3/06/09 @ Bonus payments in UK banks have risen from five to fifteen billion pounds in past three years. Source BBC

@ Over 6 million children die each year of hunger. 2009 has witnessed a historic high in hunger – an estimated 1.02 billion people, one sixth of humanity – go hungry every day. (FAO, 2009a)

@Is this discussed in Business Ethics Class?

Who Owns Amerian Wealth? Who sets National Priorities with our Tax Dollars? 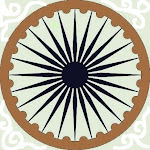 Article: Why We Need New Ways of Thinking? Shambhala Sun

"Dear Susmita I wanted to thank you personally for your comment on Economics for Everyone. I very much appreciate your interest and input, and especially your own efforts to promote a better, accessible vision of popular economics. I checked out your blog site and thanks for what you are trying to do. All the best. - Jim Stanford, Author of Economics For Everyone09/15/08

Chipin to Support This Blog

President R.Kennedy on GNP "Too much and too long, we seem to have surrendered community excellence and community values in the mere accumulation of material things...Yet the gross national product does not allow for the health of our children, the quality of their education, or the joy of their play. It does not include the beauty of our poetry or the strength of our marriages; the intelligence of our public debate or the integrity of our public officials. It measures neither our wit nor our courage; neither our wisdom nor our learning; neither our compassion nor our devotion to our country; it measures everything, in short, except that which makes life worthwhile. And it tells us everything about America except why we are proud that we are Americans." - Robert F. Kennedy Address, Univ. of Kansas, Lawrence, Kansas, March 18, 1968

Other Blogs by Susmita Barua

I believe that to meet the challenge of our times, human beings will have to develop a greater sense of universal responsibility. Each of us must learn to work not just for his or her own self, family or nation, but for the benefit of all mankind. Universal responsibility is the real key to human survival. It is the best foundation for world peace, the equitable use of natural resources and, through concern for future generations, the proper care of the environment." - Dalai Lama

Get Enlightenment Widget from Widgetbox

Image provided by The One @ Zaadz

"I must create a system or be enslaved by another mans; I will not reason and compare: my business is to create." - William Blake


View my page on Peacemaker Institute
There are a thousand hacking at the branches of evil to one who is striking at the root.- Henry David Thoreau Read more: